The Man Who Wrote the Perfect Novel 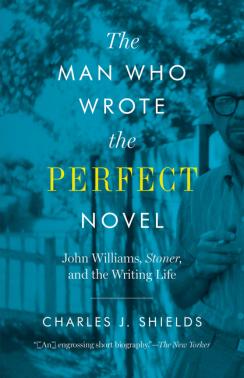 John Williams, Stoner, and the Writing Life
By Charles J Shields
Published by University of Texas Press
Buy from:

When Stoner was published in 1965, the novel sold only a couple of thousand copies before disappearing with hardly a trace. Yet John Williams’s quietly powerful tale of a Midwestern college professor, William Stoner, whose life becomes a parable of solitude and anguish eventually found an admiring audience in America and especially in Europe. The New York Times called Stoner “a perfect novel,” and a host of writers and critics, including Colum McCann, Julian Barnes, Bret Easton Ellis, Ian McEwan, Emma Straub, Ruth Rendell, C. P. Snow, and Irving Howe, praised its artistry. The New Yorker deemed it “a masterly portrait of a truly virtuous and dedicated man.” The Man Who Wrote the Perfect Novel, traces the life of Stoner’s author, John Williams. Acclaimed biographer Charles J. Shields follows the whole arc of Williams’s life, which in many ways paralleled that of his titular character, from their shared working-class backgrounds to their undistinguished careers in the halls of academia. Shields masterfully recounts Williams’s development as an author, whose other works include the novels Butcher’s Crossing and Augustus (for the latter, Williams shared the 1972 National Book Award). Shields also reveals the astonishing afterlife of Stoner, which garnered new fans with each American reissue, and then became a bestseller all over Europe after Dutch publisher Lebowski brought out a translation in 2013. Since then, Stoner has been published in twenty-one countries and has sold over a million copies.

"An expert uncovering of an American master who deserves the larger audience this biography will help give him. With his characteristic insight into the ligatures between life and art, and in his own enviable prose, Shields brings Williams into full-color relief. This is a major accomplishment by a major biographer, a gift for which Williams’s admirers will be most grateful." —William Giraldi, author of Hold the Dark and The Hero’s Body

"Charles Shields’s biography of John Williams is every bit as impressive as his subject’s book, the not-so-underground classic (and international bestseller) Stoner, a gripping and compulsively readable tale of an ‘unremarkable man.’ Shields brilliantly recreates Williams’s outwardly ordinary life as an English professor eager to balance his scholarship with a creative writing career, revealing fascinating psychological depths in a man who on the surface doesn’t seem to have any. The reader is carried along by this masterful, finely honed biography." —Mary V. Dearborn, author of Ernest Hemingway: A Biography

"A masterful depiction of the generation of burnt-out alcoholic American writers who survived WWII. Shields comes about as close as humanly possible to recreating the crucible of chance, devotion, genius, and circumstance that produced ‘the greatest novel you have never read.’" —J. Michael Lennon, author of Norman Mailer: A Double Life
paperback | 320 pages | 9781477320105 | February 24, 2020 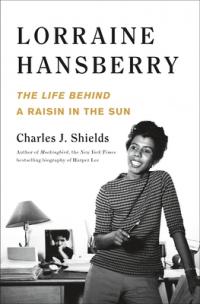